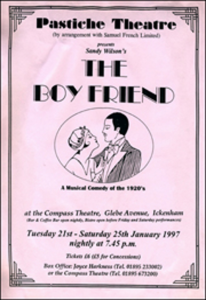 Pastiche’s very first production was Sandy Wilson’s musical The Boyfriend, which they performed in January 1997.

Set in the 1920’s French Riviera, The Boy Friend tells the story of English heiress Polly and her quest to find the one thing she does not have: a boyfriend. This is just the tip of the mistaken identity iceberg, as love proceeds to find its way charmingly through nearly every member of the cast and bring them all to a happy ending.

The score features songs including Won’t You 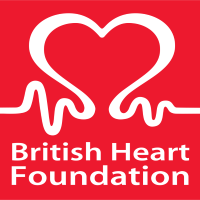 Charleston With Me, Nicer In Nice, Perfect Young Ladies and the title song, The Boyfriend.

The production raised money for the British Heart Foundation in honour of Pastiche’s first rehearsal pianist, who died from a heart attack whilst the show was in rehearsal.